Realm of Relatedness: A disease state assignment to the use of memantine

Namenda (memantine) is well known for its labeled use in treating cognitive decline in patients with moderate to severe Alzheimer’s disease. However, its off-label, and potentially related, uses may be less known; for example in managing symptoms such as those in vascular dementia. Recently is has also been used off-label to prevent cognitive decline in patients receiving Whole Brain Radiation Therapy (WBRT)1–2. 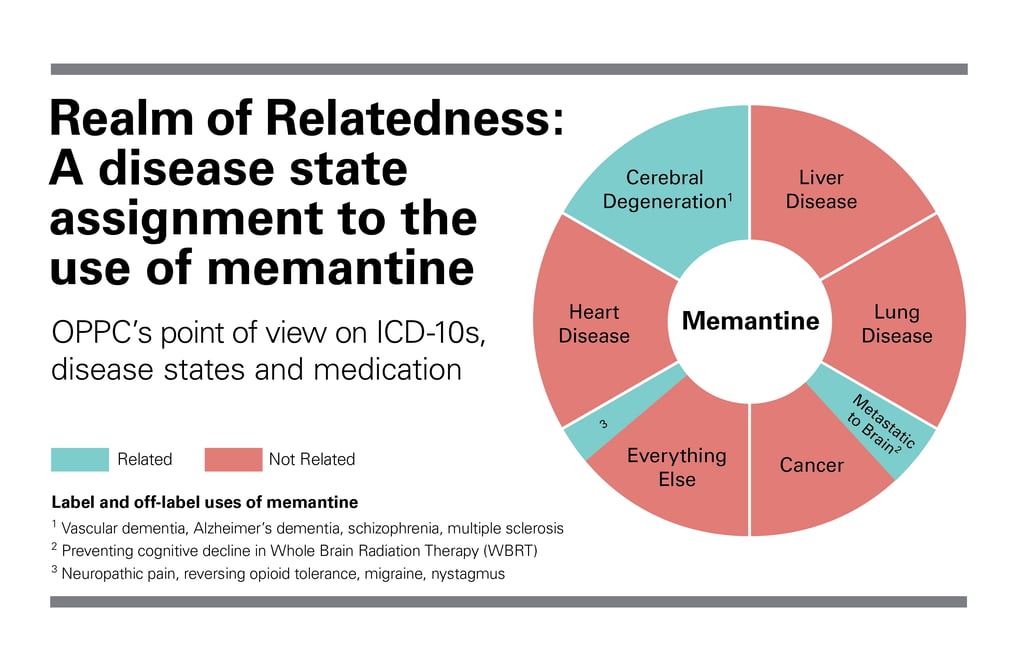 The rationale for its use in this setting is that radiation-induced ischemic events, just as in vascular dementia, cause excessive NMDA receptor stimulation, leading to cell death and cognitive decline.1–2 As an NMDA-receptor blocker, it has been hypothesized that memantine may have a protective effect on patients receiving WBRT.1–2 It is also believed that memantine may make neuronal cells more dormant, reducing cell death after brain radiotherapy.1–2

In this case, where the cognitive decline is caused by treatment (radiation) related to the terminal diagnosis (brain cancer), memantine use would be considered related, and therefore payment responsibility would fall to the hospice. Should hospice decide that continued use of the medication serves no palliative benefit, and the patient/family choose not to discontinue the medication despite hospice’s advice, payment responsibility switches to private pay (in this instance it is highly recommended that hospice follows processes set up by Part D providers, via the W9 form, to notify them of hospice’s determination that the medication is not part of the palliative plan of care). It is important to recognize that payment responsibility becomes a moot point if the drug is stopped.

The potential benefits of memantine use for this indication are most likely to be realized by patients with a favorable prognosis and who’ve responded well to radiation2. Since neither of these characteristics are likely to apply to hospice patients with terminal brain cancer, this is typically a deprescribing opportunity.

A visual representation of relatedness decision-making can be found in the National Hospice and Palliative Care Organization’s “Determining Relatedness to the Terminal Prognosis Process Flow” algorithm.3